The biggest thing I learned with the guest bathroom shower project was how important it is to seal little tiny cracks.  One tiny crack = big gross problems.  That same equation applies to children.  Just sayin…

So anyhoo…today’s post is a continuation of the last guest bathroom post where we talked about the way to make cracks and seams in cement board a thing of the past.  Basically you need a thinset mortar and seam tape.  Seam tape is a thin slightly sticky grid-like tape that you put on the seams to make two smaller boards act like one big board.  You ‘glue’ it with a mortar sandwich. So when you go to tackle flat surfaces (like two boards that butt up in the shower), you smear mortar in the crack, cut tape to length, press tape into the mortar and then swipe another thin layer of mortar on top.  Easy sneezy.

As for the niche that we installed, we had to seal all the places where the boards met up…both inside and outside corners.  That meant 12 different pieces of tape for our niche (go ahead and take the time to count them…).  Most of them were really easy to install…just fold slightly in half and press gently in place. As for the corner bits, I wanted to show you how I did it.  First, I took the tape and slightly folded it in half. 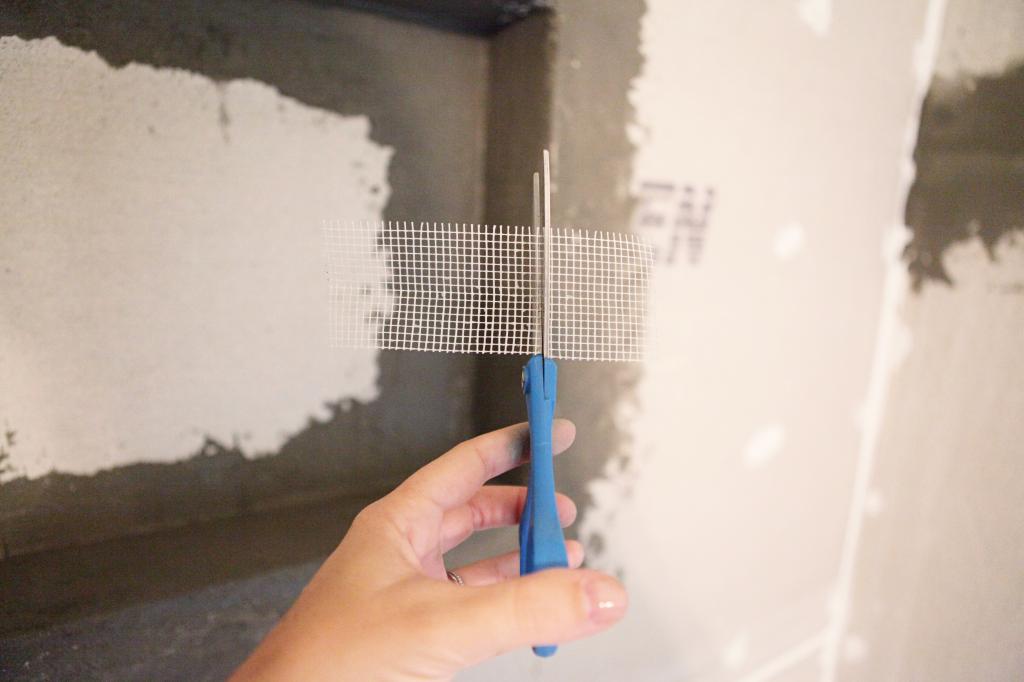 Brilliant photography, I tell ya… And then press it gently into place… The extra flap will layer over the flat wall.  This helps keep the corner piece in place and helps reinforce the flat shower wall seams as well. 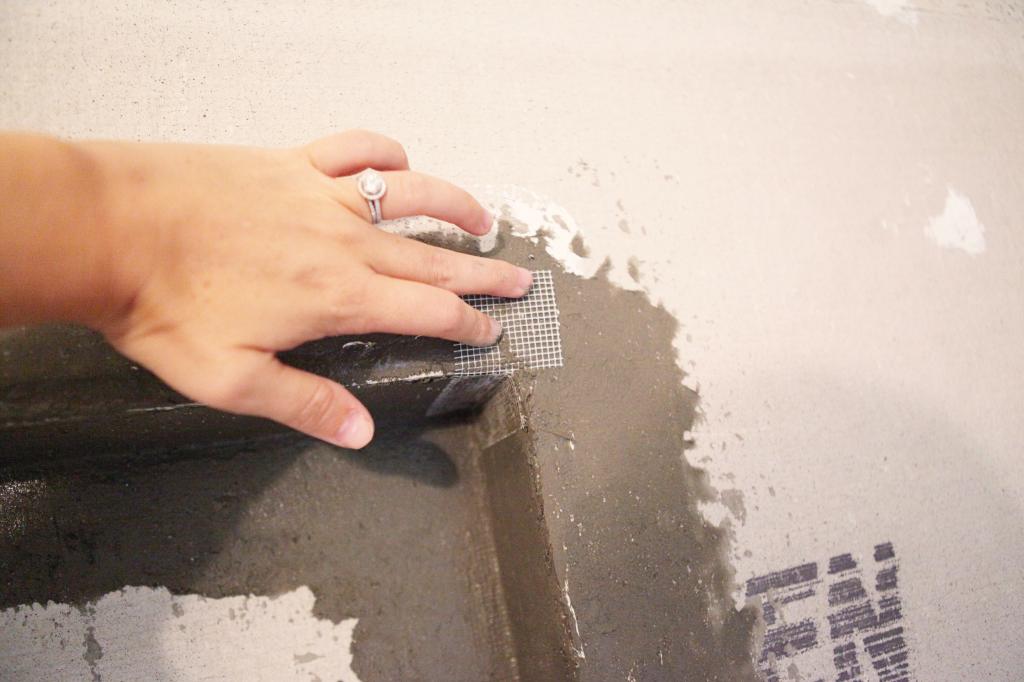 The hardest part of the process is keeping the tape in place and perfectly flat.  Just pretend you are petting a butterfly. Since the last step is doing another thin layer of mortar, it’s never more important to have that gentleness of a newborn kitten.  The purring is optional. 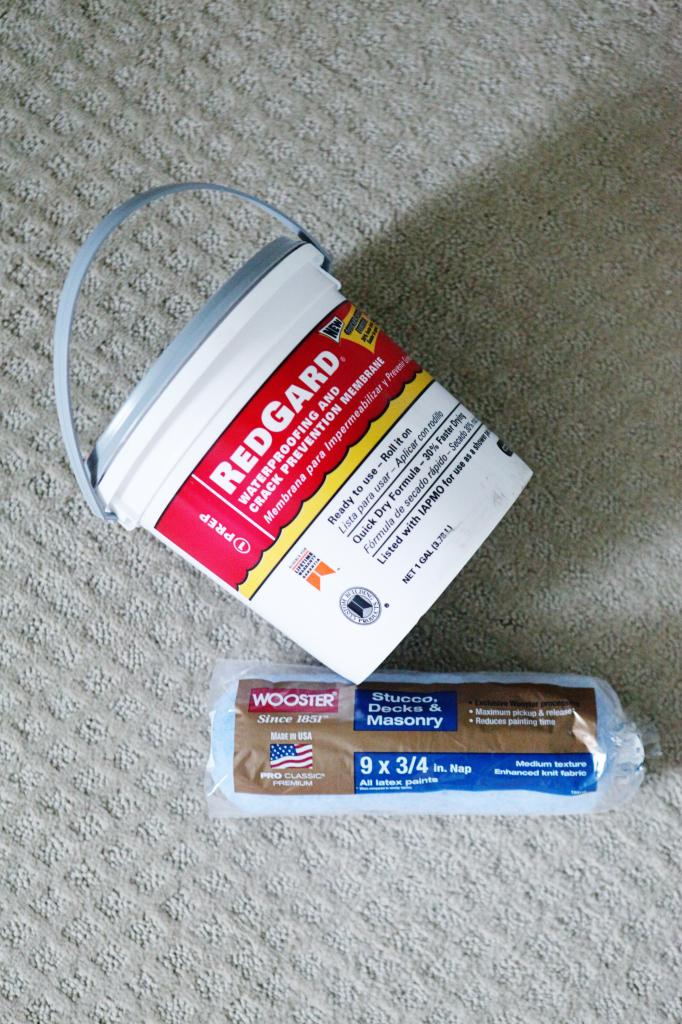 Okay…so some people skip this step entirely.  I am not judging them…I’m just saying that more than likely, there will be mold in their future.

This is just what we did because it was recommended to us by a number of different contractors as the fastest and most effective way to do a waterproof layer.  You open the can of Red Gard and it is like RIDICULOUS pink.  Think Pepto on steroids.  And the instructions said to wet down the wall with a damp rag and then smear a thin layer on with a trowel. We tried that it and it was a miserable fail.  So we went to option two on the back of the can….rolling it on with a roller.  This would take more time (because we had to make sure it ended up a certain thickness) but in the end, the troweling just created a sticky mess. This is a really stinky job and so definitely wear a mask and have some ventilation in the room.  Basically just roll it on in the same direction…you want a pretty thick layer.  And you can use a brush for the corners. We decided to go all the way to the corner of the ‘bump out’ on the shower head wall so make sure your waterproofing goes all the way there too.

First we rolled it vertically and then you let it dry and then you roll it horizontally.  We went back because we wanted to make sure we hit every nook and cranny and rolled it diagonally the third time. And here is our finished and water-sealed shower.  When it dries, it turns bright red….less Pepto, more poppy. And there you have it….a shower ready for the tile.

I know this isn’t the most exciting recap ever.  Like it might be the blog’s version of a sleeping pill…but it’s almost over.  We have a quick tile rundown (because I have talked about tile about a bazillion times before) and then some behind-the-scenes stuff (secrets will be spilled!).  So hopefully we will be able to get back to the sharing our basement progress by next week!