Put on your science smock and goggles folks….we are blowing stuff up today with a Bunsen burner.

But almost.  Today is experiment day.  If you know me at all, you know that I am a science geek at heart.  I studied Bio Ed in college and this is right up my alley.  Shoot…I am seriously considering buying a tri-fold cardboard backboard just to display my findings here today.

The theory we are testing : distilled white vinegar can clean dried up paintbrushes. So I had accidentally left one of my precious Purdy brushes in the sink and forgot to rinse it out.  It dried overnight and this is how it looked even after being rinsed for approximately ten minutes under scalding hot water.  It was tough and this was the best shape I could get the bristles in with only my hand.  Usually I would clean up my paintbrushes using a paint thinner method but lately I have been lazy and letting them get a little more rough (the paint thinner is really strong and probably not the best thing to snort while pregnant). So the first method that I read about online involved soaking the paintbrush in regular ole undiluted white distilled vinegar for an hour.  I did two hours (with a timer) just to see how the results would fare. 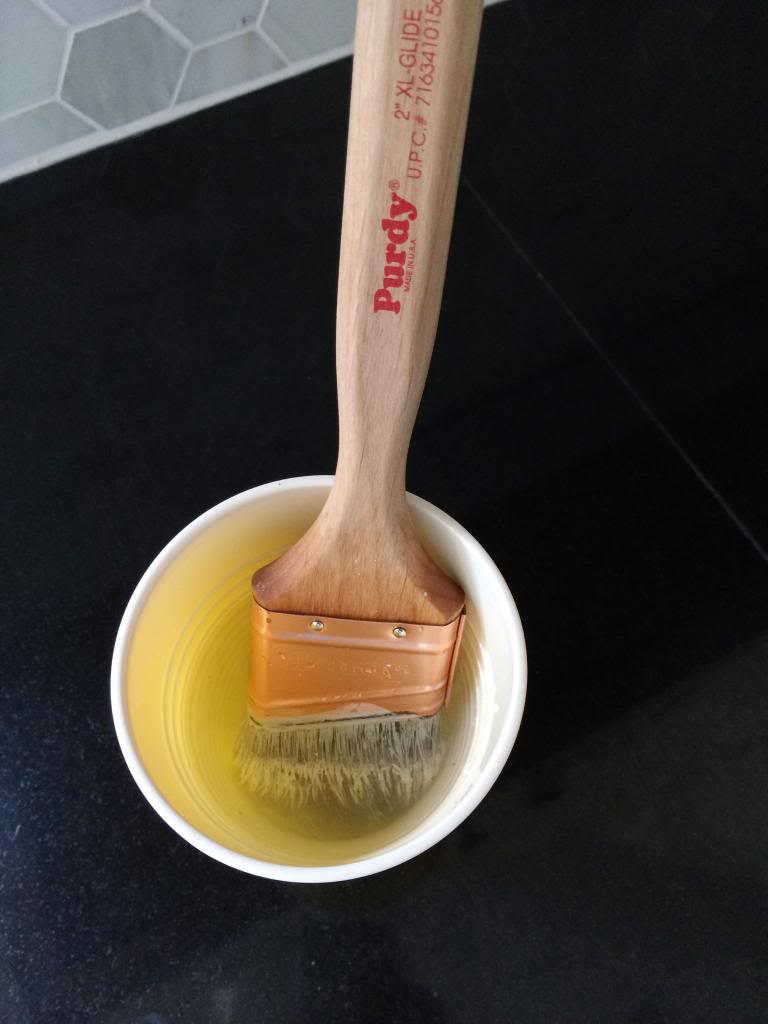 Although it did seem to soften the clean bristles, the paint itself did not come off.  I rubbed with my finger perpendicular to the bristle length and the dried bits still clung on for dear life.  I also attempted to use a paper towel to remove the paint from the metal piece but still…no dice. So that is when I broke out the big guns.

I brought a pot (it’s an old pot that got the coating scratched off the bottom so don’t be scared) of vinegar to a boil (undiluted again) and decided to submerge the brush for ten minutes. Let me tell ya…Jeremy almost killed me.  It was very stinky.

Even after ten minutes, it still did not have any further evidence of paint removal.  So I did an additional ten minutes (that would make my total twenty minutes) to see if that helped at all.  At that time, I checked again and still the paint held on like red carpet boob tape. 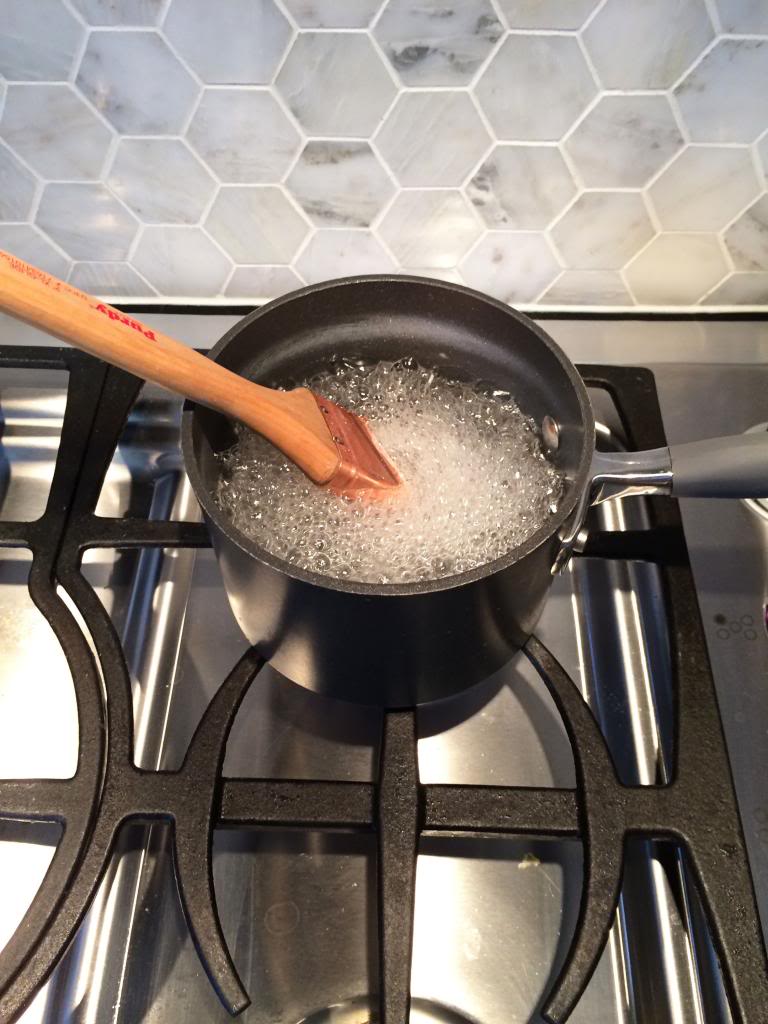 At this point, I decided that the vinegar alone was not strong enough to penetrate the hardened paint so I decided to go Freddy Kruger on it.  Using a long non-serated knife I scraped off all the dried paint from the bristles always going with the direction away from the brush handle.

I thought that removing the dried stuff would help the vinegar get into the core of the brush and possibly clean and/or soften the brush from there.  There was a tiny amount of bristle-loss with the sharp knife but for the most part it was very very limited. After the excess paint was removed, I boiled the brush for another ten minutes. After rinsing (while rubbing the bristles with my fingers), the brush did appear to have increased softness and flexibility.  The bristles also appeared to be able to dry together vs. the former state where it was more of a chip brush and unusable for any cutting in.

Conclusion : the vinegar can be used to soften bristles if the majority of excess dried paint can be removed Overall, I think this is a really successful experiment…now I know that I can salvage some of my brushes that have been woefully neglected and their fate is not necessarily the trash can.  Plus, it is also nice to have a more all-natural method even if there is danger involved (I’m betting right now that if I lose a finger, it’ll be the pointer).

What I learned…don’t believe everything you read on Pinterest.  And if you want to empty a house, boil some vinegar for ten minutes.  Also, the steam from a vinegar boil is a great way to clean a vent hood 🙂